A Visit from Ben Lake MP 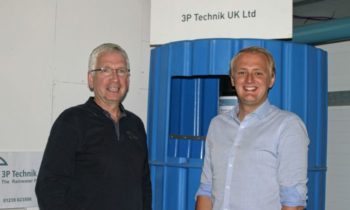 3P Technik approached the local MP after the spell of hot summer weather had caused concerned from UK farmers and gardeners alike. While intense downpours of rain had caused flooding of poorly drained streets across the UK and locally in Cardigan too. The solution to the two issues partially lies in good Rainwater Managment.

Dr Glyn Hyett, founder and director of the UK Rainwater Management Association (UKRMA.org) has been advocating for a cultural shift in how we value, manage and store rainwater run-off for over 20 years. Now that extreme weather events are becoming more frequent people are being to take notice.

A wide ranging and thoughtful few hours. Ben had some interesting and very progressive ideas and attitudes.

Ben Lake MP, a History/Politics Graduate, had a very well developed awareness of many environmental issues. He quickly grasped the implications of ideas that were perhaps new to him like plastic and heavy metal  pollution from car tyres and breakpads in road runoff (for which the 3P Technik HydroSystems are an ideal solution).

The opportunity to raise the issue of the new SuDS legislation, coming into effect in Wales in January 2019, was appreciated. If implemented well, Wales could lead the way in the implmentation of Schedule 3 of the Flood and Water Management Act 2010. Something to be proud of indeed.