The recent flooding in west Wales highlights the need for massive changes to the way we manage our river catchment areas. Attenuation ponds or reservoirs in the countryside are part of the solution to stormwater management and surface water runoff to avoid downstream flooding.

Talking to the Tivyside newspaper, Dr Glyn Hyett emphasized the importance of the attenuation of rainwater to help slow the flow of water to a level at which downstream drainage infrastructure can cope. When the rainfall exceeds the capacity of the ground to soak it up, as we have seen with the recent flooding along the Teifi River, time becomes an issue.

Managing the flow and release stormwater in the countryside over a river catchment area such as the Teifi is difficult. There are many components to a sustainable stormwater managment solution. 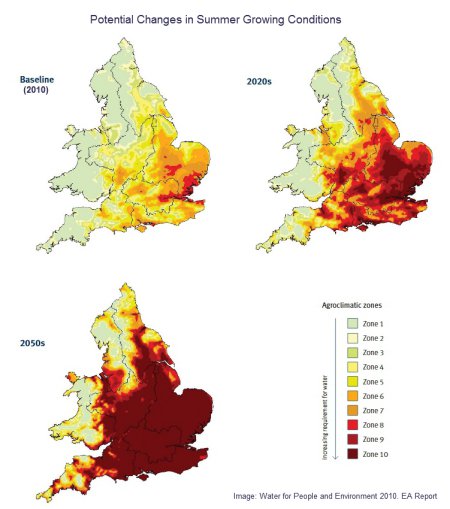 The advantages of rainwater harvesting via attention ponds or reservoirs on a farm scale are multiple.

“Properly designed these schemes and reservoirs could save winter rainfall for summer irrigation use and also serve a double purpose by helping reduce downstream flood risks.

Research from the Environment Agency warns that already existing stresses on water supplies are likely to worsen as the population grows. Changing weather patterns are also predicted to increase the future risks of both floods and droughts according to the IPCC.

For attenuation ponds to form an effective part of flood planning, farm level water storage arrangements would need to include an attenuation capacity that beyond the needs of the farmer . This spare capacity can then fill during storms and be allowed to dissipate slowly over time at a rate which the downstream infrastructre can cope with.

Dr Glyn Hyett suggests that “as the farmers themselves gain no benefit from the attenuated water storage, the additional costs need to be funded by savings made downstream from the reduced flood risk.”

Land Management to Slow the Flow

Where river catchments have a large area of agricultural use there are a number of land managment changes that can also be implemented to help slow the flow of surface water runoff.

How much water a tree can hold in flood events is a complicated matter. It is very much dependent on the type of tree (evergreen or broadleaf), where the tree is (upland or lowland) and the time of year (transpiration rates). However, research has been undertaken at the Pontbren catchment in Wales. The study focussed on a landscape traditionally managed by sheep grazing, with and without tree presence. Planting a shelterbelt of trees was shown to reduce flood peak magnitude by 40%. The trees increased the rate of water infiltration which was shown to be sixty times greater where the shelterbelt was planted. Therefore the shelterbelt surface water runoff which is considered to be key in lowering flood peaks. Reference: BusinessWales.

The Welsh Government recognises the role of trees to help moderate flood events. There are grants available Wales for tree planting schemes.

Where it is not possible to plant areas of woodland, hedges and agroforestry systems are an efficient way to store and slowly release water during heavy rainfall events. 50 metres of hedge in a 1 ha field is able to store between 150 and 375 cubic metres of water. Reference Dr William Stiles of IBERS, Aberystwyth University.

Where agricultural land is cut for high yield/low nutrient ryegrass silage, land managers can use deeper rooted species such as clovers and chicory. Soil cover crops under taller crops such as maize could also be employed if incentives and regulation lead, suggests local market gardener Adam York in a letter reply to the Tivyside article.

The Soil Association notes that:

As the risk of flooding increases, a river catchment approach to flooding and drought is essential.